‘Dying for an iPhone is an important book.…why iPhones continue to kill despite the advances made in ‘fair trade’ and other solidarity movements… Workers and disenfranchised populations all over the globe are feeling the brunt of capitalism’s advances in the past decades. But what sort(s) of movement(s) would it take to confront the unequal accumulation of profits and behind-the-scenes political alliances that spur the continued success of companies like Apple and Foxconn?’

New Labor Forum Editorial Board member Nelson Lichtenstein, in a review of Dying for an iPhone: Apple, Foxconn and the Lives of China’s Workers, recounts how authors Jenny Chan, Mark Selden, and Pun Ngai went undercover to interview scores of workers at Foxconn, the Chinese firm at the bottom of the Apple supply chain.

The 8th Wonder of the World: Inside Foxconn’s Empty Buildings, Empty Factories and Empty Promises in Wisconsin

“How to Do Case Study Research,” by Professor Tony Dundon (University of Limerick), 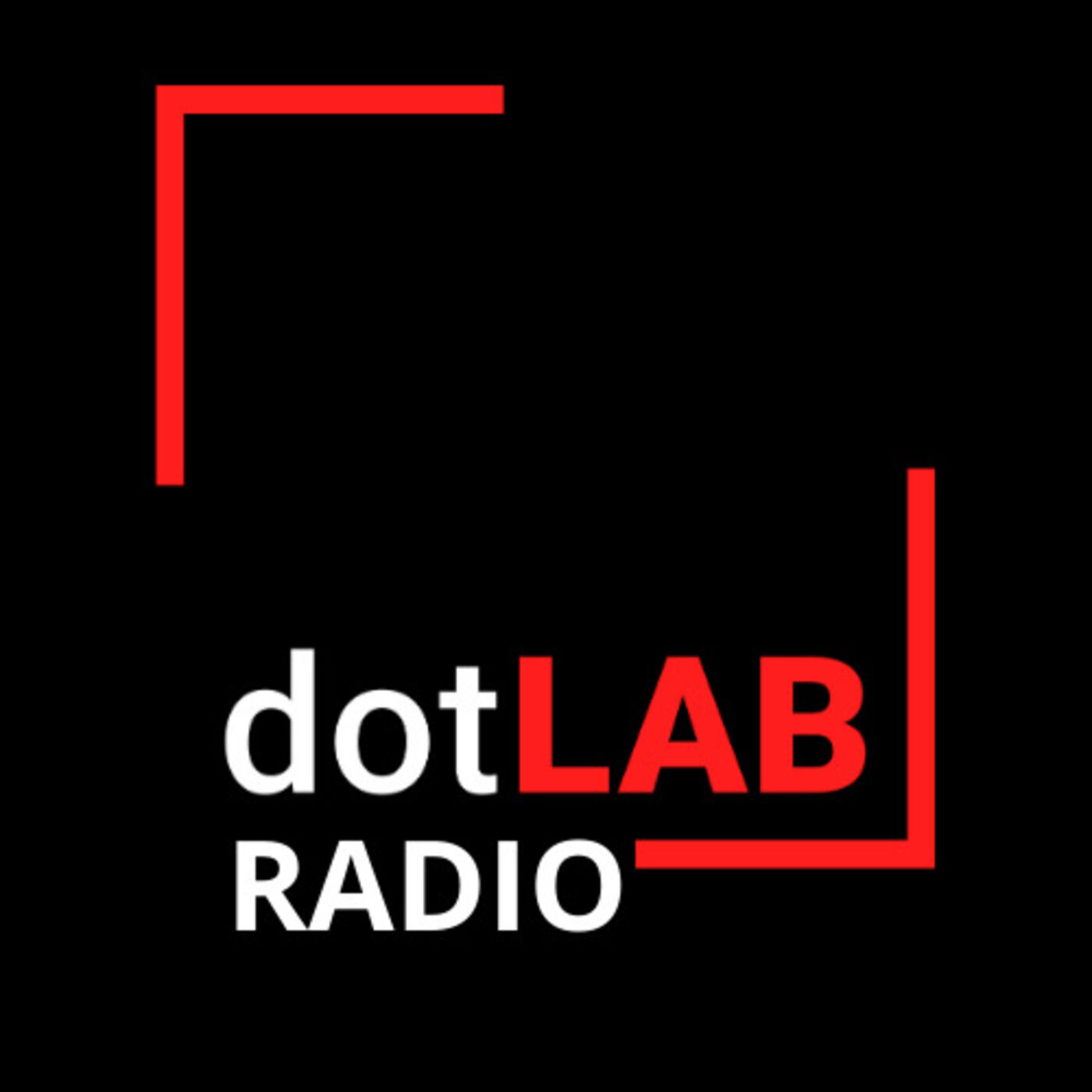 With the COVID-19 pandemic accelerating digital transformation and e-commerce adoption, digital-first start-ups are witnessing firsthand the ongoing change in consumer habits and mindsets. In this episode of dotLAB Radio, Patrick Haughey, CEO of AudioBrand, speaks to Fiona O’Carroll, Chief Operating Officer at PeachyLean, and Gary Twohig, Founder and Managing Director of FizFit. They discuss their start-up business origins and ethos, their own experience of pivoting from the corporate environment to an agile start-up and the need to balance growth and scaling with mental & physical health. Finally, they share their advice for anyone looking to start up or scale up, including the importance of leveraging authenticity, agility, community, passion and your own story.

RNZ (Radio New Zealand), “The Politics and Harsh Realities behind our Technology,”

‘Putting aside the title’s glib pun — a reference to the suicides of some factory workers in China who make Apple products — this book is a thorough overview of an important topic. Despite best efforts to “decouple” tech supply chains between US firms and Chinese factories, our iPhones and other gadgets are still largely made in China, and we have a responsibility to know their human and environmental, as well as pecuniary, price. This exposé — dramatically written, but chock full of statistics — chronicles the deaths, unpaid overtime, and other abuses of factories, with a special focus on Apple partner Foxconn. Drawing on interviews with both workers and managers, it will make you look twice at your phone.’

Dying for an iPhone: Apple, Foxconn, and the Lives of China’s Workers

A damning indictment of Apple’s labor and supply practices.

Chan, Selden, and Pun persuasively argue that the relationship between Apple and shadowy Chinese manufacturing giant Foxconn epitomizes the brutality of globalized late-stage capitalism. “In summer 2010,” write the authors, “we collaborated with researchers from China, Taiwan, and Hong Kong to conduct undercover research at Foxconn’s major manufacturing sites….Our effort to engage the corporations in discussion of labor responsibility produced only corporate rationalizations and platitudes.” The authors investigate Foxconn’s aggressive rise, propelled by mysterious CEO Terry Gou, seemingly determined to create a Maoist workers’ cult complete with slogans and surveillance. Still, “while Foxconn carved out a niche as the exclusive final assembler of the iPhone, the lion’s share of the profits was captured by Apple.” The authors merge deep dives into data with chilling testimonials from workers, including some who attempted suicide. “All of us log long hours of overtime with only two rest days in the entire month,” said one worker regarding the demands for iPad production. Due to such pressures, “fire hazards and metallic dust explosions had put workers’ lives at severe risk, with Apple complicit along with its supplier network.” Although their focus is the corrosive effect of Foxconn on China’s labor market, the authors address subtopics including exploitative internship programs, environmental issues, and workers’ efforts to organize for better treatment, opposed by the company and the government. This contrasts uncomfortably with Apple’s hip, progressive public image. “We can speak of a veritable cult of Apple,” write the authors, “with tens of thousands of consumers tracking each corporate unveiling of a new design.” Although their tone is dry, they harness disturbing and varied evidence, including anecdotes, corporate communications, and first-person accounts, creating a compelling exposé of what lies behind one of the most recognizable icons of consumerism.

A valuable contribution to an overdue discussion about technology and privilege.

“Dying for an iPhone is deeply researched, comprehensively annotated and fuelled by anger. The globalised system, in which corporations subcontract responsibility alongside manufacturing, leaves enormous gaps in accountability and justice.”

‘Ultimately, are Foxconn’s factories in China an outlier, or representative of labour conditions? As Foxconn reaches to other jurisdictions, will the same labour practices also be exported, or will international and domestic law be enforced to curb the abuses? To the first question, China Labour Bulletin (CLB) can emphatically answer that the specific problems researched and studied in the book are representative of broader labour conditions, from limits on freedom of association and collective bargaining, to employers dodging labour laws with impunity, and workers being given the run-around across the bureaucracy when attempting to enforce basic rights. As for the second question, Dying for an iPhone powerfully shows that international attention and consumer awareness are not enough momentum for systemic change. The solution lies in empowering workers themselves to participate at the factory level. Indeed, international solidarity is more important than ever to support workers in finding representation to hold responsible parties accountable.’

Co-editor of China on Strike

“Dying for an iPhone is far and away the most comprehensive account of the lives and working conditions of the people who produce what is perhaps the iconic commodity of the 21st century—the iPhone. But it is much more than that. We also see how Apple and Foxconn, working within a neoliberal trade regime promoted by the US, Taiwanese, and Chinese governments alike, transcended national boundaries to develop a brutally exploitative system of labor discipline. It is an incisive account of the social dislocation, but also the resistance, wrought when capitalists of many nations unite against workers. Global in outlook while still presenting fine-grained and highly engaging accounts of workers’ lived experiences, this book is a shining example of public scholarship.”

Author of The Smartphone Society:Technology, Power, and Resistance in the New Gilded Age

“Holding a sleek new iPhone in our hands it is difficult to imagine the brutal work lives of the people who assemble our smartphones. In Dying for an iPhone Jenny Chan, Mark Selden, and Pun Ngai make this reality visible. Drawing on in-depth field work and a deep knowledge of the global electronics industry, the authors demonstrate not only the steep human cost of our love affair with smartphones, but also the fierce struggles by Chinese workers to improve their working conditions.”

‘While the book tells the story of the strategic exploitation of a million-strong workforce, at its heart are the individual struggles of the workers themselves, conveyed in their lyrics, poetry and statements. “Each screw turns diligently / but they can’t turn around our future”, writes one. Apple’s CEO, Tim Cook, has said that his mission, and that of the company, is “to serve humanity”; Dying for an iPhone calls into question that aim and the ethics of our globalized economy as a whole.’

‘The runaway success of products like iPhones and iPads have made Apple one of the most preeminent tech firms of the twenty-first century. Yet much of the company’s profitability depends on cheap labor to assemble its products, and the Taiwanese company Foxconn is among their chief suppliers. Chan, Selden, and Pun draw on financial reports, news media, and interviews with Foxconn workers to examine the true cost of the gadgets so many Americans carry in their pockets and purses. As the Chinese government resists enacting or enforcing worker protections, Foxconn employees are forced to work grueling hours at low pay, under conditions that threaten their mental and physical health. Although Apple touts its commitment to ethical business practices, it continues to permit Foxconn to bust unions, set unrealistic work and quality quotas, and take advantage of vulnerable workers through exploitative contracts and “internship” programs. Dying for an iPhone balances heartbreaking worker interviews with carefully compiled employment and financial data from Apple and Foxconn to present a compelling case against the tech giant and its suppliers.’

What other reviewer Say

“When reading chapters describing the assembly line experience of workers, and the scientific management system, I could only compare it to the chapter in Marx’s Capital, when we are taken into the hidden abode of production. Dying for an iPhone is truly a great achievement to present such incisive description and analysis in a highly readable and accessible form.”

“Critical, accessible, and rigorously researched, this book offers the most comprehensive analysis of Foxconn, the world’s largest electronics factory: its bleak landscape, dire consequences, and inspiring efforts to change it for the better.”

Wendy Liu
Author of Abolish Silicon Valley: How to Liberate Technology from Capitalism

“Dying for an iPhone takes readers deep inside the dark Satanic mills of Foxconn’s industrial empire. Drawing on the words of the workers themselves, the book offers an invaluable portrait of the Chinese working class as it pumps blood (sometimes literally) into the productive heart of world capitalism.”

“A deep dive into exploitation and labour struggle in the world of high-tech electronics manufacturing in China during the past decade. Dying for an iPhone is an expose of the human suffering behind the brands. Everyone should read this.”

“A sobering investigation into the human, social and environmental costs of producing the devices we have come to rely on, a process in which both corporations and we, the consumers, are complicit.”